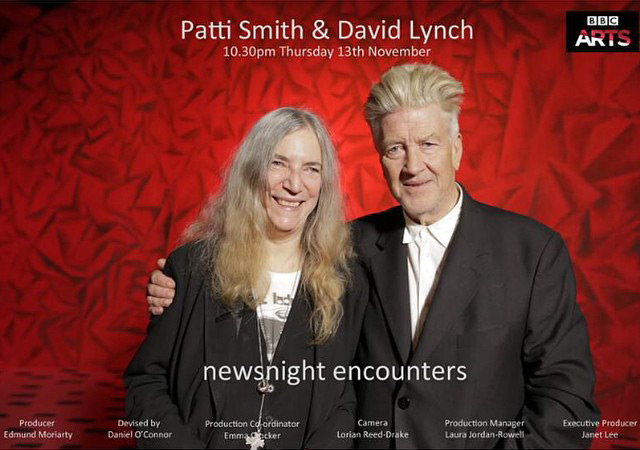 It is an initiative of the Cartier Foundation in Paris by the BBC.

The video is a conversation that occurred 13 November of 2014 where we see the poetess Patti Smith and music by David Lynch in a debate for the BBC Newsnight program on your Encounters series, initiative of the Cartier Foundation .Almost 10 minute conversation about ideas,, art, cinema, meditación, feelings and even topical and social issues. The highlight is when they talk about the Russian group Pussy Riot and the problems they face in Putin's Russia. Frankly, a very interesting conversation.