We analyze the book by Javier J. Valencia, the most comprehensive book written about Twin Peaks.

If a few months ago someone asked what was the best book on Twin Peaks, the vast majority of us acordaríamos Twin Peaks: 625 lines in the future, written by Javier j.. Valencia makes almost 20 years. Today, and the answer would be another, and that Javier has outdone himself with Twin Peaks Universe.

Edited by Mentes dilating Editorial, The book is composed of 700 pages of pure lynchismo, dedicated entirely to Twin Peaks, The recent both return as the 2 Original seasons and Twin Peaks: fire walk with me, the film. We could say that, about half the book is devoted to what happened in recent years while, the other half, It is an adaptation of 625 lines in the future. Javier has taken the liberty to repurpose his original work, removing fragments, rewriting other, to adapt to changing times.

Much of the book's pages are devoted to analyzing the chapters of the three seasons and film. Analyzes of last season and could be read in the blog participates, Mocking Bird, but they have been rewritten to give coherence and to relate what happens between chapters. It's great to read after seeing the series to find details that fell by the wayside or be able to read the hidden curiosities in each.

We can also read an analysis of everything that has generated the series: toys, café, Skateboards, soundtracks… anything you can think of is included in the book. And is that 700 pages go far.

One of the things I liked in the original book is the inclusion of a timeline starting in 1988 Lynch and Frost ended when the original script of Northwest Passage, that later would become Twin Peaks, and he was advancing with each passing month explaining everything that happened in it: characters, hearings, runnings, cancellations… That timeline has been extended with everything that happened from the original timeline to 2014, when Lynch and Frost advertised on twitter around Twin Peaks. Although it is a small section of the book just 50 pages, It does not stop marveling data collection that has made Javier.

And is that if anything the book is brimming data. We can find many references, details unknown for most, curiosities… Javier has tried to synthesize all his knowledge, love and respect for the universe created by Mark Frost and David Lynch everything possible. And even so, I'm sure if he wanted, I could have written another handful of pages.

The book reads very quickly, without realizing you're soaked everything surrounding Twin Peaks, You feel you're there, you are an inhabitant of this remote village.

If you like Twin Peaks, it is impossible to miss this book. Every good Lynchian or peakie should have it on your nightstand first and then on your shelf, occupying a prominent place. Arguably, for peakies, this book is our new Bible (inside contains the new and old testament, all that talk about the new season and what concerns the old and the film…). I can only congratulate Javier and all who are reading these lines, STRONGLY recommend you purchase. The first edition of the book flew off the shelves, is now selling the second and I'm sure will soon reach the third.

You can purchase the book in Dilating web publisher Mentes

PD: Thanks Javier to name David Lynch Universe twice in the book, It is an honor 😉 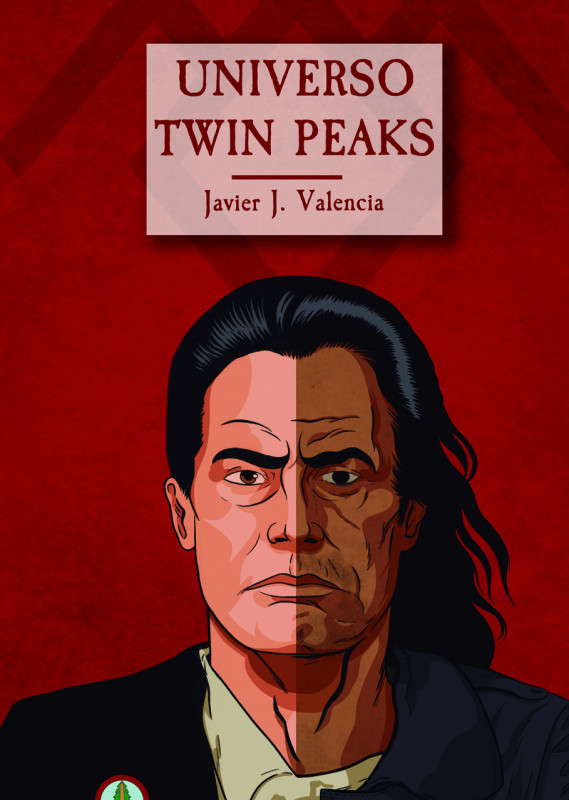