What's new on the soundtrack of INLAND EMPIRE 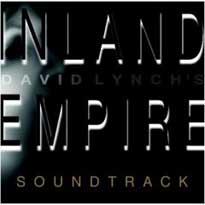 As Diegojavs says in the Forum, There are already official announcement of the list of issues that will bring both the dates of release of the soundtrack of INLAND EMPIRE.

The soundtrack of David Lynch's latest film will be released in the United States the next 11 September, While France will so the 3 October. At the moment there are no plans for a launch in Spain.

The list of tracks that will include you can consult it by clicking here.

You can comment on the story in the following forum thread.