Release of INLAND EMPIRE in Argentina 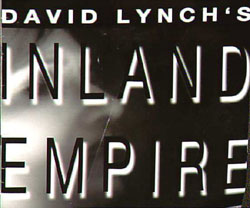 Next Thursday 13 September premiering in Argentina INLAND EMPIRE cinemas. After many months of waiting, Argentine David Lynch fans may enjoy on the big screen of his latest production.

Argentines have become the second community in number of visits to universe David Lynch, with almost a 8% unique visits. Then there are Chileans and Mexicans, above the 6%. While in Mexico already was premiered last may, in Chile there is still no news on the release of INLAND EMPIRE. As soon as we have news we will give account of this.