Twin Peaks: 625 lines in the future 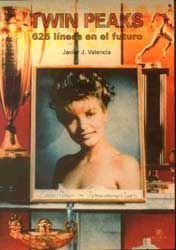 Synopsis: It is divided into six distinct parts. It explains how the producer Lynch/Frost was founded and were developing the project, who were the main characters and the actors who sang them listed, discussed in detail episodes, including all kinds of anecdotes and references, dedicates a chapter only to film, where is it summarized for those who have not seen and described a little as they were the lost scenes that appeared in the script. It also tries to unravel what what was special to "Twin Peaks", and as influenced, in one way or another, other television programs, and is completed with a c ronologia detailed about what happened to David Lynch, Mark Frost and other items related to the series over the last 10 years.

Excerpted from an interview with the authorFantasy film