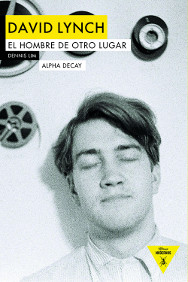 Synopsis: Define David Lynch, realize the significance of his work, their importance and their significance, not only in the cinema, but in popular culture, is complicated task. David Lynch is a figure that does not support reductions. Suggestive as well as confusing or, rather, ready to be confused-, almost always extracted from the most profound of his subconscious, his filmography has caused all kinds of emotions among a public that, already since the times of erasing head and the elephant man, It has been divided between those who felt fascination for their language and those who experienced a growing revulsion, between the unconditional fans and incorrigible opponents. And not only that: Lynch has left its mark in music, on television, on the picture, even in the carpentry and the disclosure of the practice of transcendental meditation.

David Lynch is a polyhedron stickleback, complex and difficult to reduce to a single dimension. In this book, Dennis Lim intends to make it easier to, interested in David Lynch, It has not been able to comprehend yet what is your language, its intentions and its merits. Intelligent and concise manner, Lim proposes closer to Lynch from different angles, either Postmodernism or surrealism, ethics or religion - the split between good and evil that is in all of his films -, to remove some issues to light and clarify ideas and concepts that often had been confused or labyrinth. Possibly, This is the best essay to understand, once and for all, what passes through the head of one of the most important filmmakers of our time.

«This book crystal of Dennis Lim brings together the fascination by the minutiae of the lives of Lynch and several observations revealing about its mode of production, to offer a surprisingly lucid vision, and at the same time lyric, of their work. Lim is so well versed in the language of the cinema to its contextualization of the creative path of Lynch, as well as art as part of the industry, I think the definitive. This is the last word in David Lynch is concerned." GUY MADDIN.