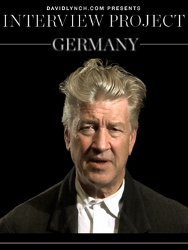 Synopsis: A series of brief interviews introduced by David Lynch and they were made to 50 Germans found the path along 27 days throughout the German.