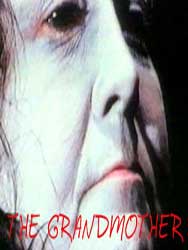 Synopsis: A seed is planted by a man and a woman, and a small boy, dressed in suit and tie, grows in the soil where it has been planted. A few days after, a grotesque and abstract form grows bed and ejected one elderly woman (the grandmother of the boy). In another sequence, the guy kills his parents, Grandma starts singing a melody and they Kiss.

In the next scene, the grandmother whispers calling the guy in the middle of the night. She has trouble breathing, but parents do not help the boy but that laugh at it, This don't know how to help her and her grandmother dies. At any given time, the boy begins to hear a few whispers that is called. By stairs climb to a room and meets a sack of seeds. One of them is calling you. Later, the boy plant the seed and the water in a pile of dirt on the bed.