The cowboy and the frenchman 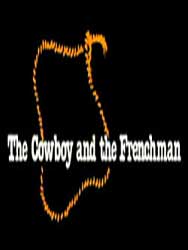 Synopsis: At the end of the 80, on a trip to Paris, Daniel Toscan du Plantier proposed David Lynch to make a short for a television show to be called “Les Français vus par…” (The French viewed by…). Said you that you had to 6 Directors on the head so that every one of them did a short program, and he was one of them. David initially rejected the proposal due to lack of ideas on the subject, but that same night, on the way to the hotel, began to think about ideas, and to get to the hotel, called and accepted the draft. The result was this hilarious surrealist western in which jeans are on their land to an unknown character. It's a French, you will live some bizarre moments.